Coming soon
Prehistory
up to 3700 BCE

The Bronze Age in the Land of Israel lasted about 2,500 years. During this period, towns were first established in the country and the structure of the city states served as the main social format.
The Bronze Age
3700 - 1150 BCE 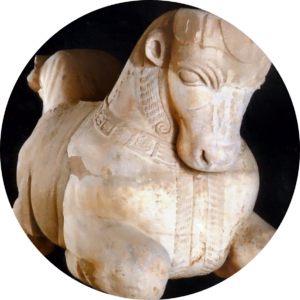 During the Persian period, the vast majority of the Ancient Near East came under the hegemony of the Achaemenid monarchs who founded the Persian Empire, the largest empire to that date
The Persian Period
586 - 333 BCE

The conquest of the Land of Israel by the Roman general Pompey in 64–61 BCE marked the end of the Hellenistic period, and the land became subject to a new ruler—Rome
The Roman Period
63 BCE–324 CE 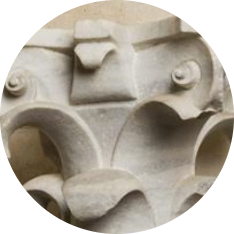 The Crusader period in the history of Jerusalem began with the conquest of the city by the Crusaders in 1099, during the First Crusade, and becoming the capital of the Christian Kingdom of Jerusalem, after 450 years of Muslim rule
The Crusader Period
1099 - 1260 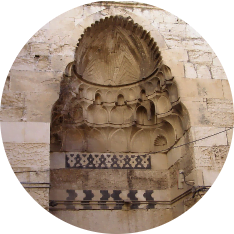 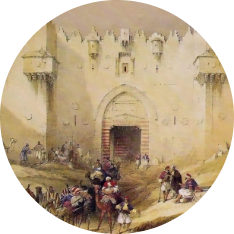 On 27 November 1095, in response to an appeal from the Byzantine emperor Alexius I Comnenus, Pope Urban II, spoke before a crowded audience of clerics and laymen gathered outside the church at Clermont in central France. He called for the formation of an army to come to the aid of the Christian communities suffering under Muslim rule in the Holy Land. Alexius had requested Western aid against the Seljuk armies that were threatening the Eastern Empire, but the pope’s call, that set in motion what became known of the First Crusade, aimed at restoring Christian rule over Jerusalem and the Holy Places. The response generated by Urban’s call was a crusade of possibly as many as 40–50,000 followers and one of history’s great popular movements. The first phase, known as the People’s Crusade, was an undisciplined army of peasants, remembered mainly for the massacres it carried out of Jewish communities in central Europe. It was followed by an organized crusade led by European nobles – Godfrey of Bouillon, his brother Baldwin, Raymond of St Gilles, Bohemond of Taranto and his nephew Tancred, and Hugh of Vermandois. They reached Constantinople in the spring of 1097, took Nicaea on 19 June and Dorylaeum on 1 July, then crossed Anatolia. With the conquest of Antioch after a seven-month-long siege, and a political manoeuvring at Edessa (Urfa), the first two crusader states were established in 1098. In January 1099 the crusader army marched south and by 7 June they were encamped outside the walls of the Holy City.

Establishing a Kingdom and Consolidation: 1099-1153

After a six-week siege, on 15 July 1099 the northern wall of Jerusalem was breached by troops under the command of Godfrey of Bouillon. The city fell to the Crusaders and a three-day massacre of the “non-believers”, Jews and Moslems, followed. A week later Godfrey was elected ruler of the newly established kingdom of Jerusalem.

During the reign of Baldwin I (1100–18) the kingdom expanded as the coastal cities fell one by one to the Franks. Jaffa and Haifa had been occupied in 1099. They were followed by Arsuf and Caesarea in 1100, Acre in 1104, Sidon and Beirut in 1110, Tyre in 1124 and Ascalon finally in 1153. At its peak in the twelfth century, the kingdom occupied an area extending, on the Mediterranean coast, from slightly north of Beirut, south to Deir al-Balah (Darum). Inland the kingdom covered an area extending to several kilometres east of the Jordan valley and the Arava Desert, down to the Sinai desert and the Gulf of Eilat. Northern states included the territories established already around Edessa and Antioch and a new County around Tripoli, the last of the mainland states that was founded by Raymond of Toulouse between 1102 and 1105 (the city of Tripoli itself falling to the Franks only in 1109). During the Third Crusade, in 1191 Cyprus also came under Frankish rule.

Towards the middle of the twelfth century the conditions that had allowed the crusader conquests and  Frankish consolidation changed as Islam became united under a strong leadership, whereas the Frankish leadership was shattered in a series of disputes and increasing factionalism. The Franks suffered a major blow when in 1144 Zangi, ruler of Aleppo and Mosul, retook Edessa. This was the first major territorial loss for the Franks, and the inauguration by Zangi of the Jihad (Holy War) against the Christian states. After his death and following the humiliating failure of the Second Crusade against Damascus, Zangi’s son Nur al-Din took Damascus and sent a Kurdish general named Shirkuh and his nephew, Salah ad-Din, to occupy Egypt. Cairo fell in January 1169 and with Shirkuh’s death, Salah ad-Din became vizier of Egypt. On Nur al-Din’s death in 1174, Salah ad-Din occupied Damascus and united Egypt and Syria, establishing himself as the leader of the Jihad against the Franks. Meanwhile, Frankish rule was deteriorating. With the death of King Amalric in 1174, the kingdom came under the rule of a 13-year-old leper, Baldwin IV, who, because of his illness was eventually forced to delegate rule to a regent until the coming of age of his heir, the future Baldwin V, son of his sister Sibylla and William of Montferrat. The king Guy of Lusignan, who had married the recently widowed Sibylla, as regent, later replacing him with Raymond III of Tripoli. In 1183 Baldwin made his nephew co-ruler and in 1185 he died.  Baldwin V died in the following year. And through political scheming, Guy of Lusignan became king.

Having consolidated his position, Salah ad-Din began a series of invasions into Crusader territory, at first, with little success. He attempted to reach Jerusalem from the south in 1177, but was defeated by the Franks at the battle of Mongissard. In 1179 he had more success, taking and dismantling a Templar castle, Vadum Iacob, then being erected on the river Jordan north of the Sea of Galilee. Finally, in 1187 events came to a head. At the end of June,  he crossed the Jordan and on 2 July his troops set siege to the town of Tiberias. In response the king mustered all his troops at Saphorie in the eastern Galilee, and on the morning of 4 July the two sides met in battle at the Horns of Hattin. The vastly outnumbered Frankish army was encircled and defeated. In the aftermath of the battle, the kingdom, its fortresses, and cities fell like dominoes. By October, Jerusalem had fallen and only the coastal city of Tyre remained in Christian hands. Large swaths of territory in the northern states were lost, though Tripoli, Antioch, and the castles of Crac des Chevaliers, Margat (al-Marqab) and Qusair remained in Frankish hands.

Recovery of the Coast and Establishment of the Kingdom of Acre : 1189-1192

With the defeat of the Franks and the enormous territorial losses, including the fall of the Holy City, the European response was the Third Crusade, led by Philip II of France, Richard I of England and Frederick I, Holy Roman Emperor. Frederick died on the way to the Holy Land and most of his army disbanded. The French and English contingents arrived  in 1191. On his way to the Holy Land, Richard occupied the island of Cyprus. He subsequently sold it to the Templars, and it was eventually granted to Guy of Lusignan. Joining Guy at the siege of Acre, Richard led the recovery of the city, that henceforth became the main city under Frankish control, and with the loss of Jerusalem, its capital. He led the crusaders in recovery of the coast to the south of Acre, but failed to recover Jerusalem.

Recovery of Jerusalem. The Treaty of Jaffa: 1229

In 1229 Frederick II, at the time the excommunicated Holy Roman emperor, recovered Jerusalem, (except for the Temple Mount) through a treaty with the Ayyubid ruler al-Malik al-Kamil. Along with Jerusalem, Bethlehem, Nazareth, and other territories, including a corridor from Jaffa to the Holy City, were in Frankish hands, and in 1240/41 much of the Galilee was also returned to them. However, in 1244 Jerusalem was reconquered by the Khwarezmians and never again returned to Frankish hands.

Throughout the thirteenth century the Latin East was in a state of more-or-less constant decline. A few exceptions included the Latin occupation of Constantinople in the Fourth Crusade of 1204, and the recovery of Jerusalem in 1229. But both of these recoveries were short-lived, Jerusalem falling to the Khwarezmians in 1244 and Constantinople to the Byzantines in 1261.  The process of decline accelerated with the ascendancy of the Mamluk dynasty in Egypt. Under its sultan, Baibars the systematic dismantling of the Crusader territories began in earnest. In 1263 he sacked Nazareth, and in 1265 he launched a major invasion into the kingdom of Jerusalem, taking Arsuf, Caesarea, Haifa, Toron and destroying each town and fortress that he took. In 1266 he besieged Montfort Castle and took the great Templar fortress of Safad. In 1268 he occupied Jaffa and Antioch. At the time the Franks also faced the threat of invasion by the Mongols in the north. To add to the Christians’ difficulties was the outbreak of internal disputes, the most famous of which was the War of Saint Sabas, a conflict between the Italian communes in Acre in 1256, compounded by the participation of the military orders. By the time of Baibars death in 1277, all that remained of the Frankish territories was a strip of coastline between ʿAtlit Castle and Latakieh, Latakieh itself fell to the Mamluks in 1287 and Tripoli in 1289.

The Fall of Acro mand Loss of the Kingdom: 1291

In 1290, when Baibars’ successor, Qalawun attacked Acre, the end was near, and in May 1291, Qalawun’s son, al-Ashraf Khalil took Acre. It was the death knell for the kingdom and all the Frankish states except the kingdom of Cyprus. Tyre, Sidon, Beirut and Tartus fell. In August, with the departure of the last of the Franks from the great Templar fortress of ʿAtlit, two centuries of Crusader rule in the Levant were over. Following the loss of the crusader states in Syria, many of the Franks fled to Cyprus. The island remained under Christian rule until 1489 when it was acquired by the Venetians.