Community Archaeology in the world was first formed in the late 20th century. In relation to the mainstream in Archaeology, which has been active for about 150 years, it is a young field that is still searching for its identity.

What is Community Archaeology?

The basic principle of community Archaeology is based on the assumption that better research will be conducted if the interpretation of the past is carried out on the basis of many and varied voices, all without relinquishing the scientific principles of Archaeology. Until the advent of this approach, all archaeological research of world cultures was conducted almost exclusively by researchers of European descent, who in many cases represented countries that controlled the colonies studied and in other cases conducted research in sovereign countries, but their approach was colonial for all intents and purposes. The goal of community Archaeology is to empower communities by contributing to identity formation. The beginnings of community Archaeology in pioneering projects conducted in the United States. For example, a project in the United States in the 1970s, in which members of the Indian tribe Makah commissioned an archaeologist to uncover with them the remains of a village buried under mudslides. At the end of the project a museum was established where the heritage of the tribe was presented as revealed in the study, a traditional house was restored and publications were prepared in full cooperation with the members of the tribe. The attitude towards enterprises like these at the time, was as management of cultural treasures and not as an academic scientific procedure. Today, community Archaeology is gaining academic status in many countries around the world.

There are many and varied models for the management of community Archaeology. There are projects in developing sites and communities run by the academy of developed countries. One example is a project in Quseir, Egypt, where a group of researchers from Australia ran a community project studying a site from the Roman period. The project at Kdei Banteay in Cambodia was led by researchers from Sofia University in Japan, as part of which educational projects were carried out in the community, an antiquities museum was established and cultural-community activity among underprivileged populations took place. The heritage activity initiated by the project has helped to empower the communities adjacent to this World Heritage Site of ancient temples.

Various publications describing community Archaeology projects around the world, highlight one of the field’s most important achievements in creating reconciliation, reducing polarization and social hostility. Numerous studies that have been conducted around the world point to heritage preservation and the development of heritage sites as a key force for tourism-economic development. Today it is clear that the practice of community Archaeology should not be seen as an expression of academic curiosity only, but as a catalyst for social and economic processes in communities.

Archaeology in Israel has always had a special status among the local population. Archaeological activities in the 1950s regularly included the recruitment of hundreds and thousands of youths to participate in the main archeological excavations, such as Yadin’s excavation in Masada. The Israeli Institute of Archaeology is a leader in the management of community Archaeology projects. 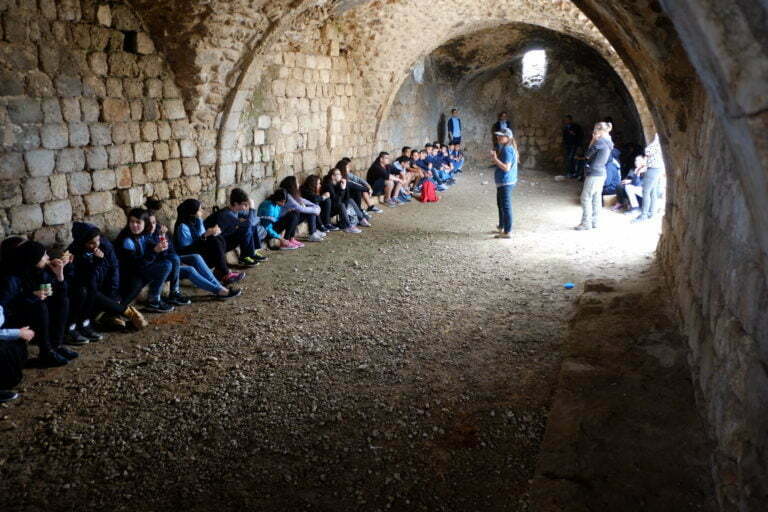